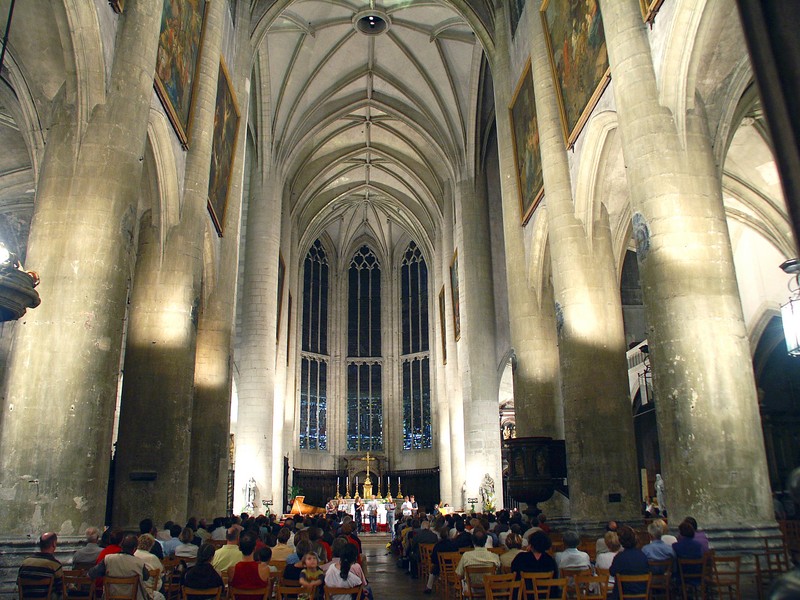 Formerly powerful capital of the county of Burgundy, Dole has a rich Heritage. The impressive bell tower of the Collegiate Church which dominates this city from Franche-Comté and testifies of its glorious past.
The Notre-Dame Collegiate Church is established in the old town, which winds around it. Built in the XVI th century after the plunders undergone during Louis XI kingdom, it symbolizes the increase of the city.
Its powerful bell tower-hall 73 meters high evokes the intensity of the religious fight that time. Inside, you are struck by the scale of the volumes which stresses the sobriety asserted by its lines of a late Gothic. Its furniture and its decorations offered by the highest notables of the city, establish the first work of the Renaissance in Dole. Decorating the facade of the Sainte-Chapelle, the organ left and pulpit, notice marble polychromy with its patterns.
Contemplate the exceptionnal big organ through its 3500 pipes built by german Riepp, one of the very rare specimens of the XVIIIth century in France. Its consecration in 1951 explains why it is called "minor basilica".
Object of an important program of restoration over the last 20 years, it offers to the eye of the visitor all the brightness of a jewel.

Stay up to date with news from Dole Tourisme